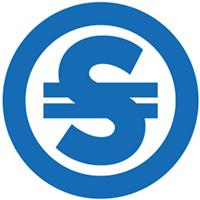 Earlier this week I attended the Scotcoin & the blockchain meetup at Napier University. It was a Q&A session, there must have been around 25 people there and it was an informative and interesting evening.

The two Scotcoin representatives were approachable and enthusiastic and seemed genuinely pleased to host the meetup and field the questions. The attendees were a mixed bag of crypto geeks, anti-establishmenters and nationalists. Some with pretty passionate opinions they weren’t scared to show.  It led to a pretty entertaining interaction. In a way I think the mix of people reflected the mixed Scotcoin vision.

Scotcoin was initially conceived during the build up to the 2014 Scottish Independence Referendum. At this time it was unclear what the currency situation would be if Scotland went independent and Scotcoin was a potential solution. As an ambitious, alternative solution to the currency issue I think it was quite smart (although I doubt the Scottish Government would have had the vision or courage to implement it).

However, Scotland didn’t become independent…The original Scotcoin founder left the project and a new investor/team took over. At that point I think it became less an idealistic vision and more like a way for some people to make money. -which is fair enough.

Nevertheless, according to the Business Model Canvas, a successful product must:

Without the need for an alternative to the GBP Scotcoin no longer seems to meet these requirements.

The official project line was that “Scotcoin will grow the Scottish economy by offering small business owners benefits.” When questioned on what those benefits are the only one suggested was lower transaction fees – a benefit that more established cryptocurrencies like Bitcoin (which Scotcoin is basically modelled on) already provide.

There was mention of the development of other features, but these couldn’t be discussed and I struggle to see the team having enough talent or vision to truly innovate. Whilst I hope the project doesn’t fail, for now, like a lot of crypto projects out there I think it’s mainly fueled on pure speculation.